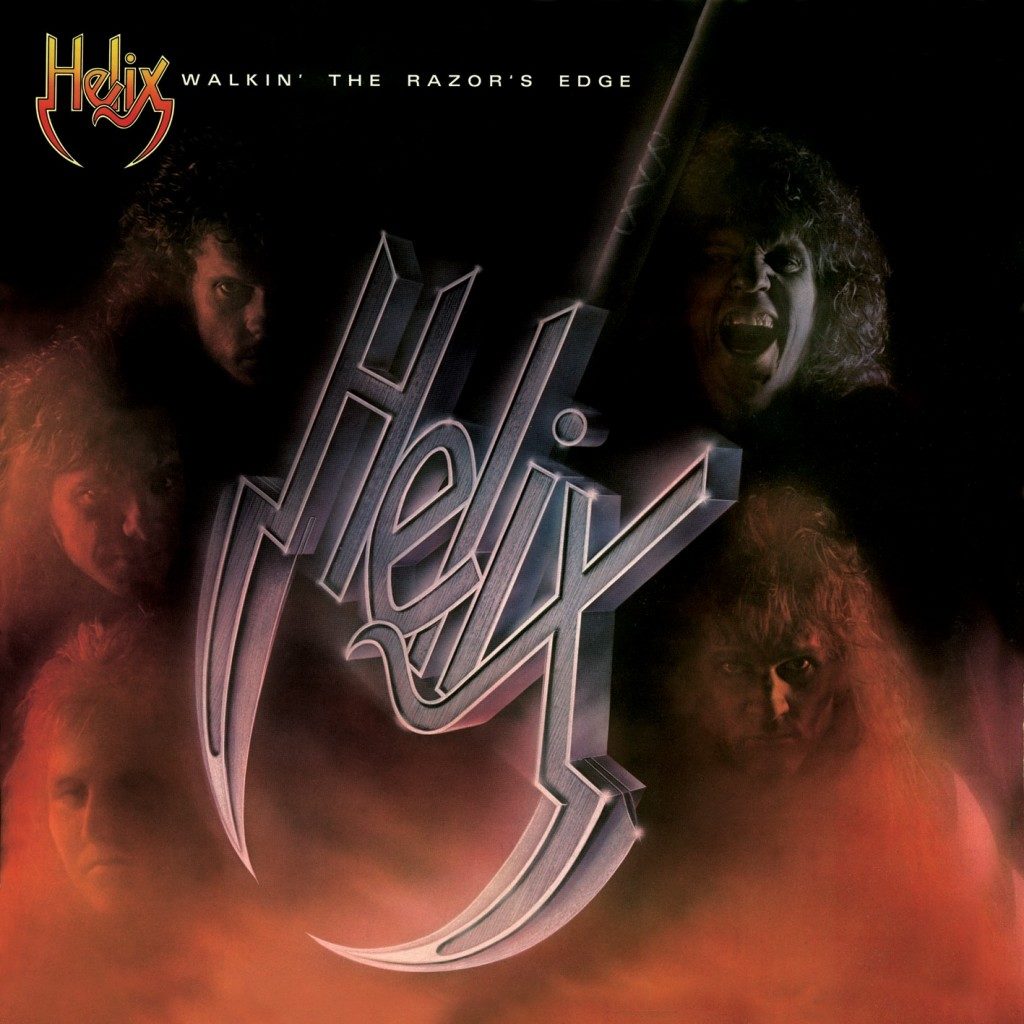 In 1981 the band released it’s second indie album White Lace & Black Leather. This album was produced by Laclan McFadden, who had produced the Canadian hit makers Harlequin. White Lace & Black Leather was not as well received by the band in Texas, but in England the band scored a Number One Import due to the song Women Whiskey & Sin written by Vollmer. The band played another tour of Texas and then returned home to begin writing their next indie album.

By 1983 the band was starting to develop a “sound” of their own. In Canada they had become one of the highest paid and most sought after bands on the circuit. The band started working with producer Tom Tremouth and the momentum and hype around them started to snowball. Due to the support of magazines such as Music Express and Meat Magazine in Canada and Sounds and Kerrang Magazine in England, the band was developing a following world-wide.

The album, which the band named No Rest for the Wicked, was now finished and the band intended to release it on their own once again. The final mix had been done by none other than Toni Bongiovi at the Power Plant in N.Y.C. William Seip (manager) and Tom Tremouth (producer) decided before the band released it they would shop it around one last time. Maybe the record companies would have a change of heart?

After showcasing for every label and nearly every one dropping out, finally it came down to two labels: Aquarius and Capitol. The band chose Capitol/E.M.I and signed with them. What ultimately changed their minds were two things: The band had changed it’s stage clothes to metal and studs from the colored cloth shirts they had previously worn, and secondly, when the record company came to see the band at the Gasworks they had blown them away with their work ethic. Dean Cameron, who was the president of Capitol Canada at the time went to bat for the band. He got Helix signed to the American label. Record company politics as they were, he thought being signed to the American label would be better for Helix than being signed to the Canadian arm of the company. Read between the lines…

The band’s first tour of the U.S. was with Molly Hatchet and Blackfoot. Eventually Helix ended up on the “Another Perfect Day Tour” with Motorhead. When that tour was finished ICM sent the band out with everyone from Heart to Michael Bolton to Marshall Krenshaw. In Europe Helix was the opening act for KISS on the lick it up tour. In Canada the band toured with The Headpins and played scattered dates with Streetheart & Kickaxe. No Rest for the Wicked was Helix’s first gold album.

Interesting to note here was that the band’s first U.S. release “Heavy Metal Love” went to heavy rotation on the just formed MTV. This had a tremendous impact on exposing the band to an American audience. The song was written about Joan Jett and is a staple of the band’s set to this day. It can also be heard on the sound track of The Trailer Park Boy’s second movie “Countdown to Liquor Day.” The second video for this album was “Don’t Get Mad, Get Even”, a song penned by Lisa DaBello and Tim Thorny.

After the success of No Rest for the Wicked and the instant jump in status from being on a major label, the band was feeling the heat to quickly follow up that record. This album was recorded at Phase I studios in Toronto. It was produced by Tom Tremouth and mixed by Rodney Mills, who was known for his work with 38 Special. Playing bass on this album was Spider Sineuve from Streetheart, who would later go on to play for Tom Cochrane and Loverboy.

The release of Walking the Razor’s Edge a year later in 1984 would catapult the band to world class status with the huge hit Rock You. The band also scored hits with Gimme Gimme Good Lovin’ (the old Crazy Elephant song) and Make Me Do (Anything You Want). In the U.S. the band toured with Quiot Riot and Whitesnake, in Europe with Motorhead, and in Canada with Triumph.

Videos for this album include Rock You, Gimme Good Lovin’, and Make Me Do (Anything You Want).

The Rock You video was filmed at the old Toronto Brick Yards in Toronto. There were two versions of the song. One was for Much Music and MTV in the States, the other was for the newly formed Playboy channel. This version had all the girls topless. The record company thought it was such a good idea that they did two versions for the next video (Gimme Gimme Good Lovin’) as well…This vid was shot in Hollywood at Francis Ford Coppola’s old studio Zoetrope. It featured girls from Penthouse, Oui, and Playboy magazines plus some of the Solid Gold Dancers. Also in the video was porn star Traci Lords. During filming, the band is visited on set by Richard Pryor, Robin Williams, and Rip Taylor. They had been filming next door on the set for Pryor’s Place. Richard Pryor asked the band for a signed album to which the band readily agreed. Rip Taylor volunteers to be in the end of the video sitting on a motorcycle surrounded by all the girls.

The third video from the Walking the Razor’s Edge album is for the song Make Me Do (Anything You Want). It was filmed in Toronto and stayed on heavy rotation on Much Music for most of the year.

Long Way to Heaven was released in 1985. The album was produced once again by Tom Tremouth and recorded at Phase 1 Studios in Toronto. The first release was the song “Deep Cuts the Knife” which went to double breaker status on U.S. radio. In Canada the song stayed in Toronto’s Q107’s “Top 7 at 7” list for months. The band kicked off touring in Sweden and the band scored it’s first Number One album there. In Canada the band headlined it’s own tour across the country from coast to coast. In the U.S. the band opened for Accept with Keel also on the bill. This album produced two videos: Deep Cuts the Knife & the Kids are All Shakin’.

Wild in the Streets (1987) was the first album recorded by the band outside of Canada. For this disc the band flew to England and recorded at The Manor Studios, owned by billionaire entrepreneur Richard Branson. (Branson actually came to the studio several times to see how things were going-nice man) The album was produced by world famous producer Mike Stone, known for his previous work with Journey, Queen, and Whitesnake, just to mention a few. The band spent 2 months recording in the countryside recording the tracks. For the mix the band stayed another month at The Townhouse Studios in London’s Shepherd’s Bush. It was on the second last night in England that Brian would meet his future wife-to-be, Lynda Cowgill. They are married to this day.

This album produced two singles and videos for the songs Wild in the Streets and Dream On. Both songs did well for the band but the band by now had dropped back into playing the bars and their popularity was on the down swing. The band toured the U.S. through showcase bars. For the first time since signing with Capitol they did not go to Europe. In Canada they played their last headline tour. To add to the misery, long time band member Brent Doerner decided to pack it in at the end of the Wild in the Streets tour and the band lost it’s deal with Capitol/E.M.I. The album eventually was licensed to Capitol in Canada, Grudge Records in the U.S., and GWR records in Europe.

The band decided to record as a four piece, going into River Studios in Fort Erie to record. Using money they had set aside over the years, they recorded “Back for Another Taste”, their 7th disc. The first release “Running Wild in the 21st Century” went to heavy rotation on Much Music in Canada and at the Much Music video awards won for “Best Metal video of the Year”. For their live show they enlisted the guitar services of Denny Balicki, the first and only American member of the band. (Denny would later change his name to Denny Blake.) The band toured Europe with Ian Gillan of Deep Purple and did headline dates in England. In the U.S. they played small clubs. Towards the end of their tour in Europe the Canadian record company released the Tony Bongiovi re-mix of “Good to the Last Drop” to Canadian radio. It became a huge hit for the band and triggered a trans country tour.

Interesting to note on this album is that when the band toured Europe they played Hungary while it was still communist. They also played in East Berlin. 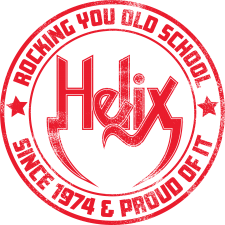